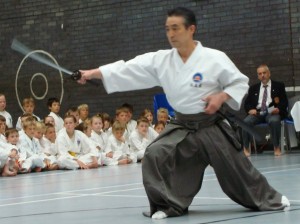 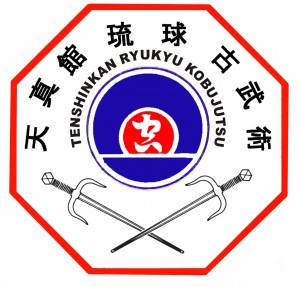 Kancho Miwa based the Tenshinkan KobuJitsu System on the Ryu Kyu Kobudo Hozon Shinkokai System as taught by the late Honourable Motokatsu Inoue Sensei, as well as incorporating forms for the Katana from the the Iaido System. 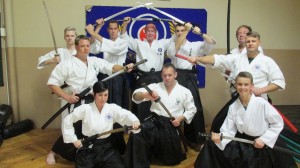 After 4 Years of Training, the members of the Tenshinkan Ryu Kyu KobuJitsu Honbu Dojo, Benoni graded for a DAN Grading. Its been hard work and many hours of training (including four fingers cut to the bone by a sword and other bone & joint knocks during training with the weapons).
The members pictured are as follows: 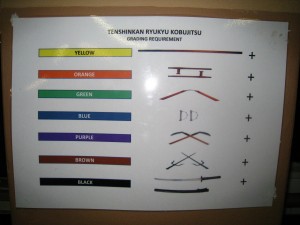